During a visit to my old stomping grounds in Los Angeles, we stopped by Glendale Central Park to visit the Peace Monument, memorializing the more than 200,000 girls and women removed from their homes in occupied territories and coerced into sexual slavery by the Japanese military between 1932 and 1945. It was a news story about this very monument in Glendale, where I had worked as a lawyer for many years, which inspired me to embark on extensive research and write my novel, “The Comfort Bearer.” You see, I had never heard of comfort women before the story broke, wherein a lawsuit was filed by a Japanese group, which was formed to deny war crimes committed by the Imperial Japanese Army including recognition of comfort women as sex slaves. The Japanese wanted the statue removed and the Japanese government even filed a court brief in favor of the lawsuit. After several years of court battles, the U.S. Supreme Court declined to hear the case, putting an end to the lawsuit. Upon my arrival at the park, it was a huge disappointment to find that after repeatedly being vandalized, the memorial was moved to a safer location in the park, but it was still covered in plastic with a “no trespassing” barrier surrounding it. Luckily when we returned the next day, the plastic cover had been removed. Forcing myself to ignore the barrier, I stepped over it and the “no trespassing” sign in order to obtain photographs. 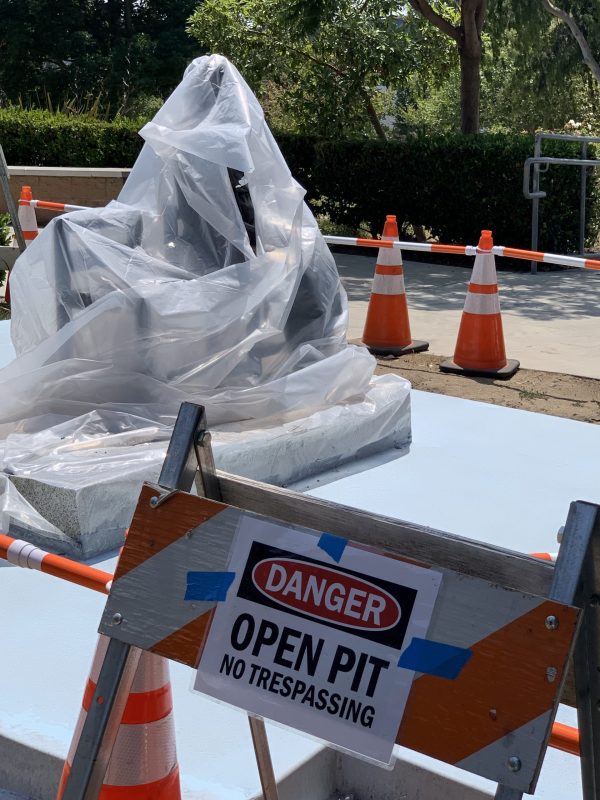 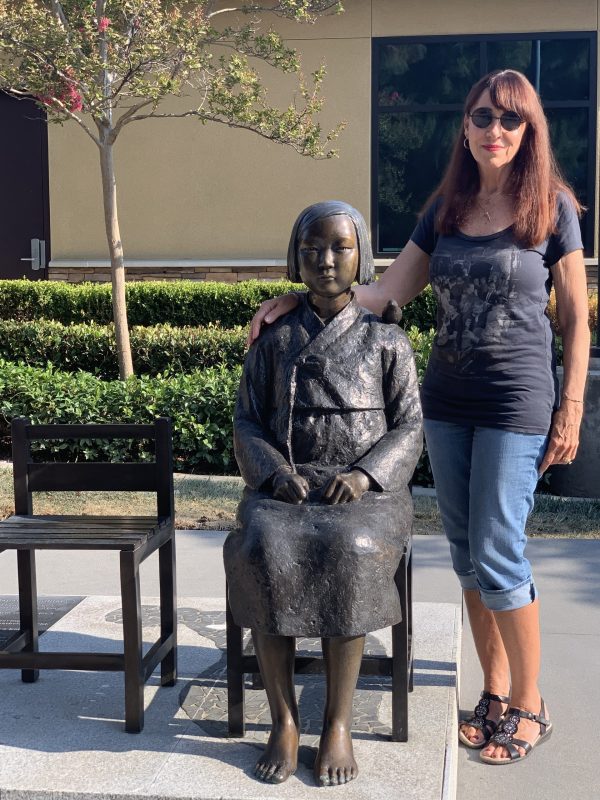